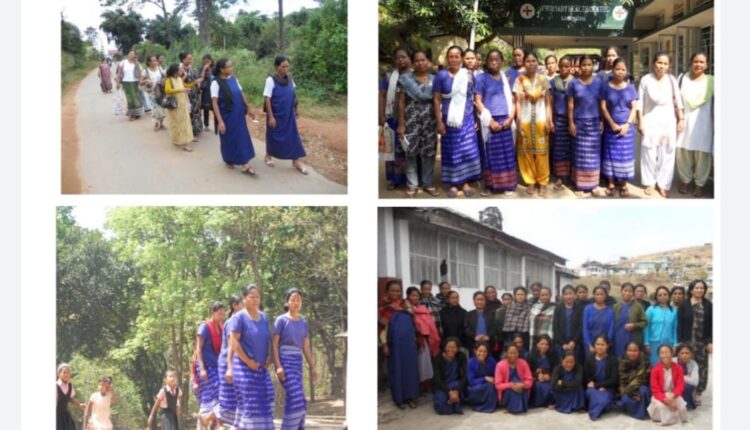 The ASHAFirst payment mobile application, which was launched by Meghalaya Government earlier in March 2022, has yielded positive results. Since the launch of the app a total payment of rupees 12.29 crores has been made to the ASHA workers across the state in a timely manner. Moreover, the application has drastically reduced the time duration of remuneration being credited to these women healthcare workers from 120 days to less than 5 days at present.

With an objective of easing the remuneration process and ensuring timely payment to the Accredited Social Health Activist (ASHA) workers; the Meghalaya government launched the ASHA payment mobile application around nine months ago. Prior to this technological intervention, it was a long and cumbersome payment process stretching to over 4 months; marked by time consuming physical documentation and verification process.

“Our government has accorded topmost priority to healthcare and one of the key pillars of the entire health delivery system are the thousands of ASHA women workers across the state. They have played a stellar role in Meghalaya’s successful fight against the COVID pandemic. Making the payment process of ASHA workers faster and hassle free was the least we could have done in return of their countless sacrifices and hard work. I am happy that we have put technology to best use by launching the ASHA Payment App and succeeding to curtail a prolonged and painful 4 months long payment process to less than a week, making it literally as simple as a click of a button”, said Conrad k Sangma, Honorable Chief Minister of Meghalaya while congratulating his entire team for this technological innovation.

Meghalaya, a state known for its matrilineal society has over 14 lakh female population. The women in the state play an important role in the society. ASHA was introduced in Meghalaya in the year 2005 by the National Health Mission (NHM). ASHA workers are women who serve as the first point of contact for deprived sections in rural areas. With almost 7,000 villages in Meghalaya, the state currently has 7067 registered ASHAS, with every village having at least one ASHA with an aim to provide effective, efficient, and affordable health care to rural residents. ASHA workers seek to raise community awareness and provide information on health determinants, such as nutrition, basic sanitation, and hygiene practices. They also talk about the importance of timely utilization of Health and Family Welfare Services.

A total of Rs 80 crores was dispersed during the period 2020 to 2022, which were pending for several years. The overall incentive for the ASHA Workers and Helpers has also been increased. The State component of their Salaries which was Rs.1500 and Rs.500 per month for the ASHA
Workers and Helpers respectively have been doubled to Rs.3000 and Rs.1000. Now, the total Incentive paid to the ASHAS are Rs.7,500/- and Rs.3,250/- per month respectively.

According to Ri Bhoi District, Additional DMHO, Dr D Blah “After this payment application was introduced in the district, the system has motivated many of the ASHA workers since they can now claim their incentives regularly and most importantly on time, which was never the case before.”

The Asha Mobile Payment Application has become a crucial tool for program officials at all levels, since it allows for consistent tracking and monitoring of ASHA payments and ensuring that there are no delays in payments. This app was successfully piloted in Umlong Block of Ri Bhoi district and amount claimed was released for payment to the ASHAs through this application within five days from the time the claim was raised.

Problems can be solved only if voted to power: Dr Manik Saha