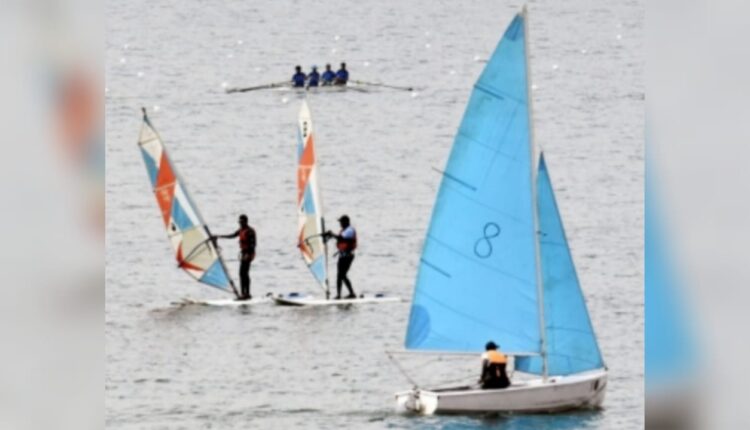 The three day Rising Sun Water Festival 2022 culminated with a grand closing ceremony at the Umiam Lake near Shillong on Saturday.The water sports and cultural extravaganza was the first of its kind in the Northeast aimed at encouraging the sports loving youth of the region to take up water sports like rowing and sailing. It also aimed at promoting tourism in the Northeast.the festival was organised by the Indian Army’s Eastern Command along with the governments of Assam and Meghalaya.Meghalaya Chief Minister Conrad Sangma set the ball rolling by opening the maiden regatta on November 3, an occasion which was marked by colourful festivities and cultural performances by note artistes.the three day event was witnessed by a large number of viewers,locals as well as outstation visitors, who enjoyed the keen contests in a number of races in rowing and sailing, a novelty in the region.twenty-two clubs from across the country took part in the event.the rowing trophy was won by the team from Director General of the Assam Rifles,which secured one gold and one silver. The sailing trophy was clinched by the Yatching Club of Hyderabad, which secured three gold, two silver, and one bronze medal.assam Chief Minister Himanta Biswa Sarma was the chief guest for the closing ceremony, which was attended by Lieutenant General R.P. Kalita, General Officer Commanding-in-Chief, Eastern Command, Air Marshal S.P. Dharkar, AOC-in-C, Eastern Air Command, and many other dignitaries.