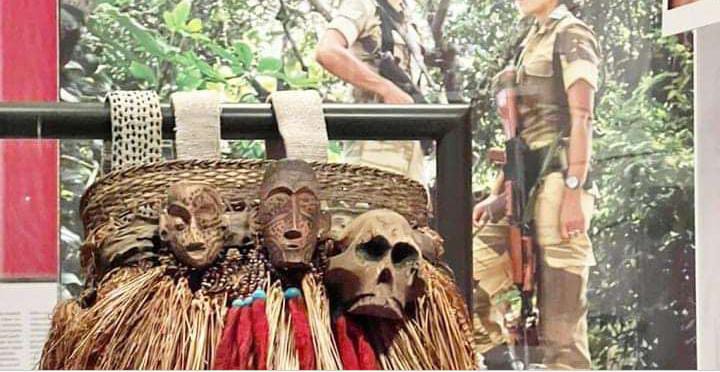 Setting the context of the exhibition, the Humboldt Forum mentioned that all over the world, minorities are fighting for cultural self-determination or political autonomy. One such minority is the Naga- an umbrella term for more than thirty different tribal groups which, despite many similarities, differ in their culture and language and in the way they see themselves. The majority of the approximately three million people now live in the state of Nagaland in north-eastern India, it stated. The forum in its statement said that since the end of British colonial rule, the Naga have been fighting for autonomy from mainland India and for cultural self-determination. It was only during this period that the desire for a common identity emerged. Christianity is the main religion in Nagaland and has greatly influenced the culture. So what does it mean to be a Naga today? it stated.the exhibition ‘Naga Land. Voices from Northeast India’ looks at different aspects of contemporary Naga society and its cultural identity.It brings together the historical Naga collection of the Ethnologisches Museum with contemporary photography, fashion, and visual arts from the region. The Naga have been an important research focus for European scholars since as early as the nineteenth century.