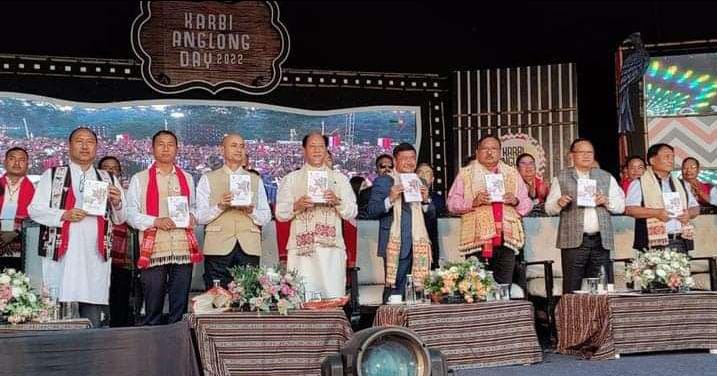 The Chief Minister of Nagaland Neiphiu Rio on November 17 stressed on peaceful coexistence of neighbours saying, We can change our friends, we can part ways as friends, but as neighbours, we cannot change our neighbours.accordingly, he called for keeping the good neighbourly relationship alive and strengthening it further in the days to come.It is very heartwarming that we are living in this part of the world.It is a privilege and we must live together, he added, addressing as the chief guest of the second of celebration of Karbi Anglong Day, commemorating the foundation of the district in Assam in Taralangso.he further noted that when is wealth is lost nothing is lost.when health is lost something is lost.(but) when character is lost, everything is lost.On Karbi Anglong Day, we have to remember the rich tradition the culture, the customs, protect our identity and dance.He also bought the good wishes of the people of Nagaland to the people of the district.taking to twitter later and sharing his greeting on 71st District Foundation Day of Karbi Anglong, Rio said that the formation of the Council was a culmination of the struggle for preserving the political and tribal identity of the Karbis.The Karbis & the Nagas have been good neighbours since time immemorial, with the villages of the Karbis & various Naga tribes intermingled & living in harmony. We should keep this good neighbourly relationship alive & strengthen it further in the days to come, he added.

Meanwhile, Chief Executive Member of Karbi Anglong Autonomous Council Tuliram Ronghang in his address stated that Karbi Anglong is home to many tribes and communities. Karbi, Dimasa, Kuki, Rengma, Garo, Nagas, Khasi, Ahoms and many more have been living together since time memorial. It is a combination of tribes, culture and langue making it unique, colourful and beautiful, he said.I have a vision for Karbi Anglong.Rise above the circumstances and make it the epitome of progress and happiness,he added, while urging for striving for Autonomous State under Article 244 (A) as one.Former Chief Minister of Nagaland and Chairman of United Democratic Alliance,TR Zeliang and MLAs Er Picto Shohe and Azheto Zhimomi, among others, attended the celebration.